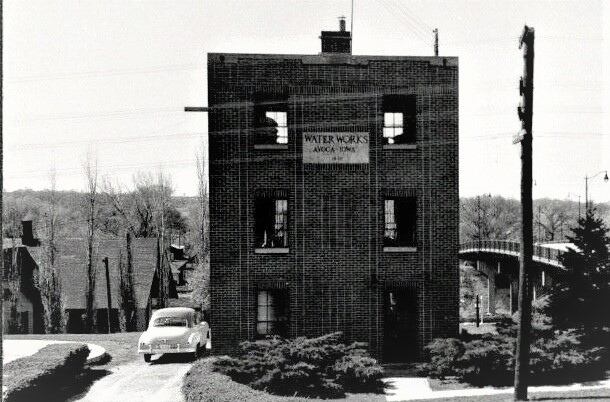 This is a photo from an early Avoca postcard showing the Avoca Water Works building near the old viaduct on Highway 59. A neat thing about this photo is that the old Avoca Depot can be made out in the far left of the photo. The old car in the photograph is a two-toned green 1949 Chevy that belonged to Lawrence Kelgard who worked at the Water Works plant. John Butcher helped build the addition to the Water Works plant in 1963, so this photo was before 1963. Kelgard was still working at the plant in 1963 when the addition was being built.