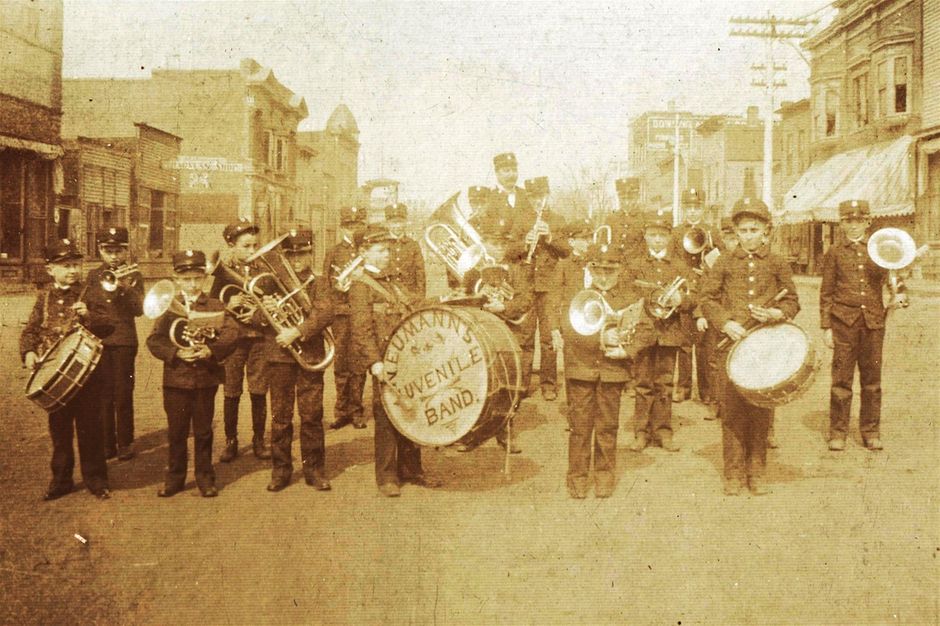 Neumann's Juvenile Band on Main Street. This photo's individuals look very similar to the band photo in the 1906 book. A news item in the March 10, 1904 "Journal Herald" stated that "Neumann's Juvenile band, dressed in their new RED unifroms, had their pictures taken Sunday afternoon. After having their pictures taken they played three selections on the street which were enjoyed by their large audience." Could that have been the date of this photo? (Donated to the Museum by Wendell/Rose Wendt.)